From August 7th until 12th, La Guarimba International Film Festival takes place in Southern Italy, in the town of Amanteani. The festival celebrates animation shorts from all over the world. This year's event has a total of eight Dutch (co-)productions, spread over different programmes. See NL takes a look at the line-up. 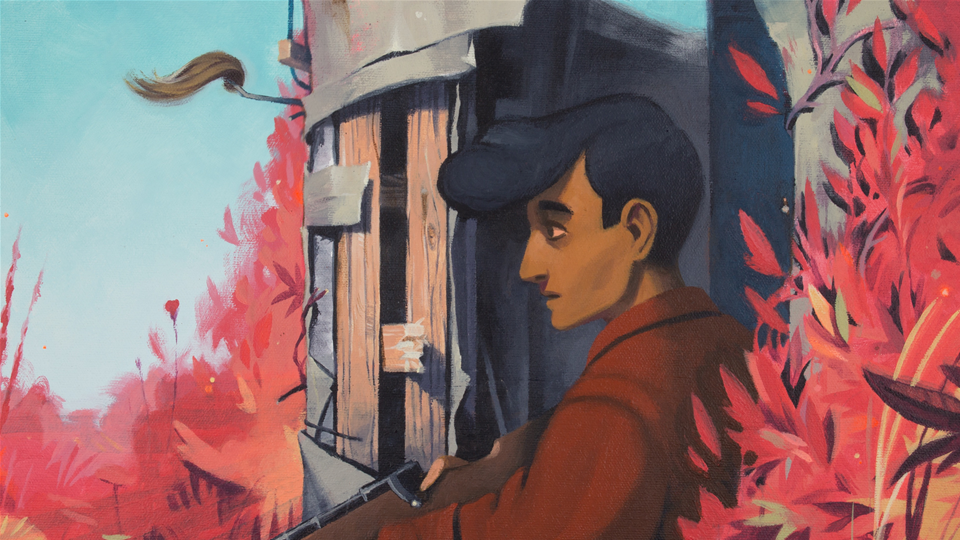 This year, in collaboration with UNICEF Italia, La Guarimba introduces a new Children & Youth Programme to present new animation experiences for younger audiences. Three Dutch productions are selected for this segment. Pilar*, directed by Diana van Houten, J.J. Epping and Yngwie Boley, follows lead characters Pilar and Baldr who have barricaded themselves in a post-apocalyptic village to the outside world, keeping out an unknown threat. Pilar feels trapped in their safe haven and longs to explore the mysterious and dan-gerous wilderness, though she feels unsure on how to act on this desire. The film is produced by il Luster Films. Festival distribution is handled by Square Eyes.

Sad Beauty*, directed and produced by Arjan Brentjes, is selected for this programme. In a heavily polluted world, a young woman mourns the disappearance of animal species. When she falls ill due to a bacterial infection, nature appears to send her a message in her hallucinations. Both Sad Beauty and Pilar's sales work is handled by SND Films.

Laura Aldofredi's graduation film for the Master in Animation at MIKV - AKV St. Joost, Chasing Stars, is also selected for the Children & Youth Programme. Chasing Stars tells the magic journey of a young girl, who is looking for her home and own place in the world. The journey takes place in the Arctic and the main character is helped by a very special friend, a Beluga whale. The film is directed, animated and designed by Aldofredi.

Minority co-production Easter Eggs* by Nicolas Keppens is selected for the Animation Programme at La Guarimba. In Easter Eggs two teenagers are looking for something extraordinary in an ordinary village. They try to catch an exotic bird that escaped from a Chinese restaurant. The film is co-produced by Ka-Ching Cartoons. Sales for the film is handled by Miyu Distribution.

In this category, the Netherlands is represented by three short documentaries. Made with the support of AVROTROS, God Was Here! by Raluca Lupașcu is made as a graduation film for The Netherlands Film Acadamy. A story about two shepherds from the same Romanian village, Maglavit. 85 years ago, one of them saw an apparition of God, which caused him to perform numerous miracles. The other sepherd needs a mircale badly, as he wants to cure his brother. Placed in a rural community full of religious certainty, the film focuses on the inner struggle of the second shepherd, who is torn between belief and disbelief in miracles.

The other graduation film, The Ballet of Service by Marlies Smeenge, is also a film made at The Netherlands Film Acadamy. Made possible with the support of BNNVARA, The Ballet of Service takes place at the International Butler Academy in Limburg, where people from all over the world are trained to become a butler for the elite. Under a lot of pressure, they learn the old ways of butlering. An observational and absurdist documentary that gives us a glimpse of the perfectionist world of the butler profession.

In the other documentary short, Girlsboysmix by Lara Aerts, we follow the young Wen Long, who is born intersex. That means her body does not fit the definition of male or female. Many such children are operated on at a very young age, in order to 'make' them a boy or a girl. Wen Long did not undergo such surgery. Her parents felt their child had to decide herself what sex she wants to be. The film is produced by Prospektor.

Music video for the Jo Goes Hunting song Careful by Alice Saey will be screened in the Music Video Programme. On the borderless map of a magical planet, little beings pick, brush, weave, fish and collect elements from their natural environment to sustain their life as a group. This essential balance turns to chaos once they misuse their findings to polish their individual appearance. The music video is co-produced by De Nieuwe Oost. See NL spoke to Jo Goes Hunting about the production.