Born in 1971 between Gettysburg and Harrisburg in rural Pennsylvania Colburn identifies her filmic expression as both biographical and autobiographical. Her cinema is metamorphical by nature and can be grouped into stages, both historically and formally.

Due to their shape-shifting qualities, it is no easy feat getting to grips with Martha Colburn’s animated collage films in one sitting. The ambiguous tension between the comical presentation of her handmade figurines and the deadpan thematic seriousness of the films themselves allows Colburn’s work to transcend the extreme and the ridiculous into something more truthful and spellbinding. At the center of her work lies a restless observer who understands art as a strategy for inner catharsis.

Born in 1971 between Gettysburg and Harrisburg in rural Pennsylvania (just north of the MasonDixon line, a symbol of the American Civilar’s racial segregation) Colburn identifies her filmic expression as both biographical and autobiographical. Her cinema is metamorphical by nature and can be grouped into stages, both historically and formally.

Tekst (2 kolommen)
Colburn’s animation is both technically intricate and visually demanding. Offering a plethora of abrasive, confrontational imagery, her work displays a virtuoso use of jump cuts, sonic distortion, found footage, collage and direct manipulation of the fi lm stock by means of scratching and painting over it. Historical corner stones have inscribed themselves not only into her own soul but also in the form of pars pro toto, offering an artistic reflection on imperialism and the corroding effect of capitalism on social cohesion in the United States.

Colburn presents the destiny to succeed and rule as a curse, and lays reality and fiction next to each other to reveal the paradoxes; the old and the new, the pre- and the post-animated. Thus, her practice simultaneously looks back and forth in a physical sense, through assembling and reassembling the materials used in her films to tell a story that focuses equally on histories past and present. In Colburn’s universe, the world is two-faced.

Colburn’s films should always be considered alongside the music she integrates into them. Her use of music for inspiration, such as with lo-fi rock pioneer Jad Fair or her own band The Dramatics, with its chaotic, abrasive, noise psychedelia, agitating drum patterns and outer space electronic squeaks and voice samples, underlines the restless power and energy of her early films.

This program is the result of Eye’s long-term commitment to safeguarding and promoting artists’ fi lms. A selection of Martha Colburn’s works has already been made available digitally and distributed through the Short Film Pool. This compilation program will be offered both in analogue and digital form and comprises new restorations and digitizations. For this program we would like to acknow ledge the valuable contribution of Anthology Film Archives.

For more information about the program and bookings: 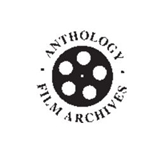 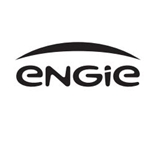 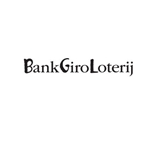