Director Theu Boermans and producer Maarten Swart discuss the dramatic Netherlands Film Festival opener, about the trauma that a couple suffers after the loss of their only child. 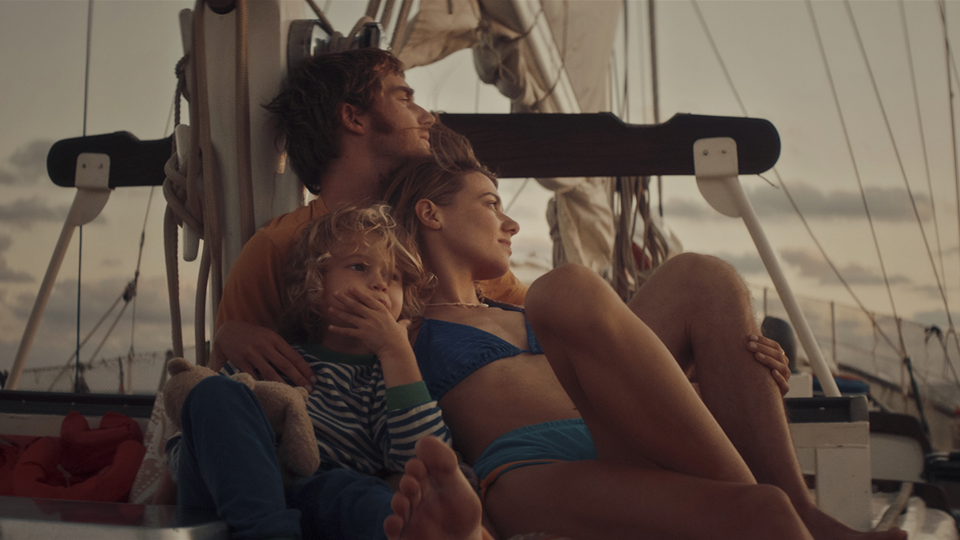 Sea of Time by Theu Boermans

It was a tragic incident which happened in real life - a couple sailing around the world with their son experienced every parent’s worst nightmare when the child vanished at sea. This trauma forms the backdrop to Theu Boermans’ new feature Sea of Time.

Producer Maarten Swart of Kaap Holland Film asked Boermans to direct the film after developing the screenplay with Marieke van der Pol (writer of the Oscar nominated Twin Sisters). “When I read it, I was really fascinated because it is like a Greek tragedy,” remembers Boermans, one of the Netherlands most respected theatre directors. “Being a father myself, I know the horrible things that can happen to a parent.”

“Theu had not directed a film for 30 years,” producer Swart adds, underlining that Boermans was one of the only directors he felt could pull the project off.

What does it mean when a couple is forced to endure something so devastating? How do they deal with the grief? Do they blame each other? These were the questions the director asked himself. “And what does it mean for love in the relationship?”

“We approached it with the thought, can we make a film which is like an epic love story,” agrees Swart. He points out that although the film is inspired by a true story, the majority (“70%,” he estimates) is dramatised. The process “reassembled the emotional journey the real-life couple encountered,” he adds.

In the film, Lucas and Johanna meet again many years after the incident that tore them apart. In spite of all the hurt, they still have strong feelings for one another.

Two sets of actors play the couple at the different stages of their lives. Sallie Harmsen is Johanna as a young mother. Elsie de Brauw plays the same woman 35 years on. Reinout Scholten van Aschat is Lucas as first seen as a young man in the 1980s. His real-life father Gijs Scholten van Aschat takes on the character as an older man.

Director Boermans has met the real-life couple whose terrible story inspired Sea of Time. They were recently shown the film. “They were very… happy is not the right word, but they were very moved and thought it was a monument for their lost son,” he says.

The couple gave the filmmakers access to the photographs and papers relating to their ill-fated ocean voyage. “Like in the film, they separated. A lot of couples, when they lose an only child, they separate and they do not cope. By listening to them, I slowly got more ideas about how the actors should approach this.”

Boermans was determined to tell the couple’s story in as sensitive a way as possible. “When they trust you with the big issue of their life, you have to be very careful in how you handle it,” he adds.

The film was put together as a Dutch-Belgian production with support from Eyeworks Belgium. It was shot in chronological fashion. Locations ranged from the Azores to Malta and the Dominican Republic. Before shooting began, Boermans and Swart gathered their cast and crew together to pay tribute to the lost boy.

Part of the film was made on the open sea. Boermans wanted his young actors to know just how to handle the boat. He also spent time ensuring they had a strong bond with the boy playing their son.

“I did not want to go back into the studio,” the director remembers his determination to give the scenes aboard the yacht as much authenticity as possible. “The big challenge was that the boat is never still….”

Boermans hopes that audiences will see beyond the tragic elements of the story. “The film is of course about the loss of a child but it is also a film about love, the sustainability of love… what happens when people cope with this trauma, separate from each other but [find] the love is still there somewhere when they meet each other again.”