After a long battle with MS and cancer, she died peacefully in the presence of her loved ones

The internationally acclaimed Dutch filmmaker Heddy Honigmann passed away in Amsterdam last Saturday, May 21, at the age of 70. Honigmann, born in the Peruvian capital Lima in 1951, settled in the Netherlands in the late 1970s. Since then she made a films at a rate of almost one per year. She made both documentaries and feature films and became one of the most important documentary filmmakers worldwide. She was an inspiration for filmmakers both at home and abroad. 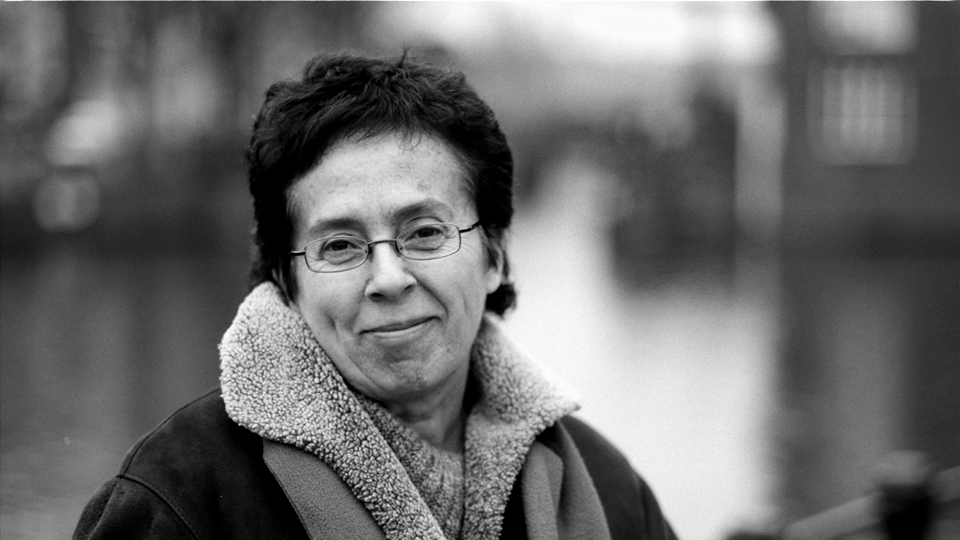 Honigmann's films have been screened at all the leading international film festivals and have won awards all over the world, such as in Paris, Leipzig, San Francisco, Berlin, Yamagata, Valladolid, Vancouver, Florence, Lisbon, Lima and Toronto.

She achieved national and international success with films such as Metal and Melancholy (1993), O amor natural (1996) and The Underground Orchestra (1997). Her documentaries Crazy (1999) and Forever (2006) received a Golden Calf at the Netherlands Film Festival. For the latter she also won the Ecumenical Jury Award from Dok Leipzig and the Full Frame Inspiration Award. El Olvido (Oblivion) (2008) and more recent films such as Buddy (2018) and 100UP (2020) also won prizes at several festivals.

Her best-known feature films are Mindshadows (1988) and Au revoir (1995), for which Heddy received the prize from the International Federation of Film Societies (FICC/IFFS) and Johanna ter Steege won the prize for Best Actress, both awarded at the Locarno Film Festival.

In 2007 the Canadian documentary film festival Hot Docs presented its Outstanding Achievement Award for her entire oeuvre. In the same year received the Persistence of Vision Award from the San Francisco Film Festival. In 2013 Honigmann was awarded with the Living Legend Award from International Documentary Film Festival Amsterdam (IDFA).

Honigmann has received multiple retrospectives of her work at internationally renowned festivals and institutions such as the Museum of Modern Art in New York (2003), the Centre Pompidou in Paris (2010) and Dokfest München (2020).

Melancholy, love, passion, exile and resilience are important themes in Heddy Honigmann's work. Her work always focuses on the people who tell their story in front of the camera. Whether she's making documentaries about taxi drivers in Lima, musicians on the Paris metro, dog owners or the lives of centenarians, her fascination and affection for her subjects is always apparent.

Characteristic of her working method was the compassionate way in which she connected with the main characters of her films. As she herself puts it in No Hay Camino: “She doesn't do interviews. She does conversations”.

No Hay Camino (2021) is her last documentary and had its world premiere during Hotdocs. This film is the first and only film about her own life. When she's told she doesn't have long to live, she decides to take a trip to places in her native Peru and the Netherlands and looks back at her family history and her oeuvre with the important people in her life.

Shortly after the new documentary was picture locked, she said to her producer Pieter van Huystee: “So, Pieter, it’s time to start to do the research for the new film.” This is typical of Honigmann, who was always full of ideas for new films.

Director: Heddy Honigmann
Film: 100UP Buddy No Hay Camino - There is no Path