Dutch helmer Cindy Jansen tells See NL about her new documentary, set on a tiny Hebridean island, that tells of a man whose better years are rooted in an elegiac past and who must adapt to the pace of a modern world that is threatening to overtake him. Interview by Nick Cunningham. 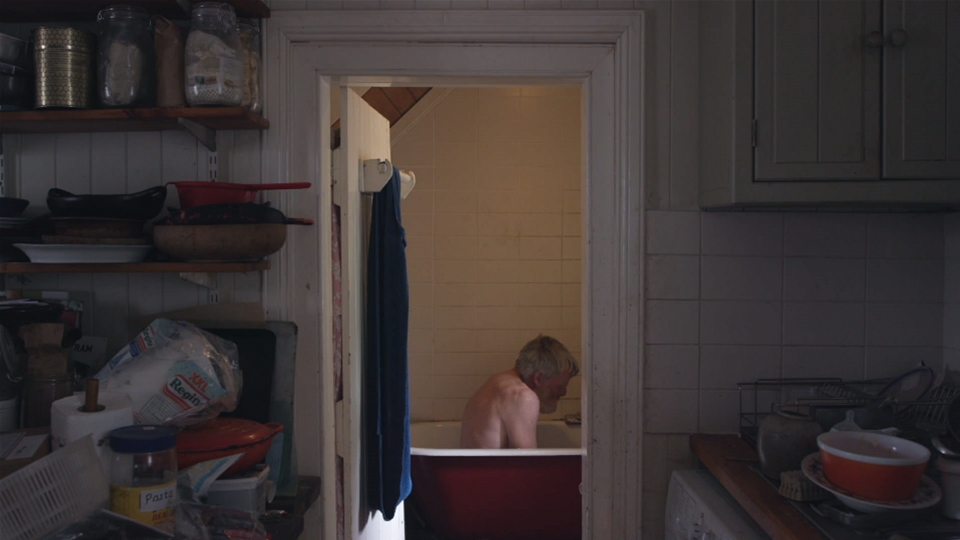 Prince of Muck by Cindy Jansen

Lawrence MacEwan belongs to a different age. He comes from a time when people kept a log of their day, which included weather reports and details on local and family matters,  whether trivial or (on occasion) emotionally devastating. He also happens to own an island, that of Muck within the Inner Hebrides off the coast of Scotland. There he tends to his beloved cows and shows visitors around, and generally looks to avoid another argument with his more than capable son Colin who now looks after the farm.

Prince of Muck is a film about several things, about ageing, privilege, class (a British obsession) and Oedipal discord, but also about love, forbearance and rebirth, and memory, and there is much musing on mortality.

“It is also an intergenerational story,” adds director Cindy Jansen, who came across Lawrence and his isle after reading a news story about the existential shock felt on an adjacent island after the discovery of a theft from the village shop.

“It is about not only getting older but also letting go, because somebody else has taken over, in this case his son,” Jansen continues. “There is a great deal about responsibility and love, of course. And the main character is this beautiful, stubborn, charismatic guy. I found a character who is the island, the old island. If you look at his hands, if you look at his face and body, he is the island as it used to be. If he is gone, the last spokesman of the past has gone. And because the rest of the world has moved on, the diaries will die too.”

The modern-day Lawrence, slow and stooped and at times infuriating to those around him, plays in stark counterpoint to footage of his younger self recorded for a local magazine show in the 1980s, when he was tall and vital and muscular, and when farming was less mechanised (or indeed motorised).

“You know, Lawrence and the entire population of the island used to push the lambs and the sheep onto the boat to the mainland,” says Jansen. “Now it is his son Colin and his wife pushing the sheep into a van that is driven onto the ferry. You know, life is different.”

But even back then Lawrence was keeping his daily record of activities in the log book, entries which we hear from a chronology that takes us up to 2020. He also talks at length about the father he adored, and who encouraged him to swim in the cold sea every day, and an older brother to whom he was very close but who chose not to inherit the island and all its attendant responsibilities. Which is why Lawrence became its steward.

He also tells of storms and hide-outs and how he wooed his wife Jenny, whom we meet in the film, by rowing her across to the island while narrating the epic poem Lord Ullin’s Daughter.

“You know, he has a big past, with big romantic elements to it,” says Jansen. He is also conservative but nevertheless an idealist, and would one day like to be buried in a common cemetery on open moorland over which the sheep and cattle can roam freely.

All said, while the film was very well received after its world-premiere earlier this year in Edinburgh, Lawrence was not at all keen on seeing himself portrayed on the big screen. “He wants to be of value. He wants to be fit. He does not want to give in,” says the director. “So if he is confronted with a film which talks a lot about death and old age, and letting go, and conflict with his son, a film in which he is not the hero, yes, I can imagine that it's not to his liking.”

But for wider audiences Lawrence’s impact is considerable and very moving. In a big film about a small island, he is a man of much value, gravitas and complexity. As Jansen concludes, “he is the last emperor of a passing era.”

Prince of Muck is produced by De Productie. The documentary is supported by the Netherlands Film Fund and Production Incentive.