Eliane Esther Bots’ In Flow of Words is a documentary in which people are asked to do the seemingly impossible in the name of justice. 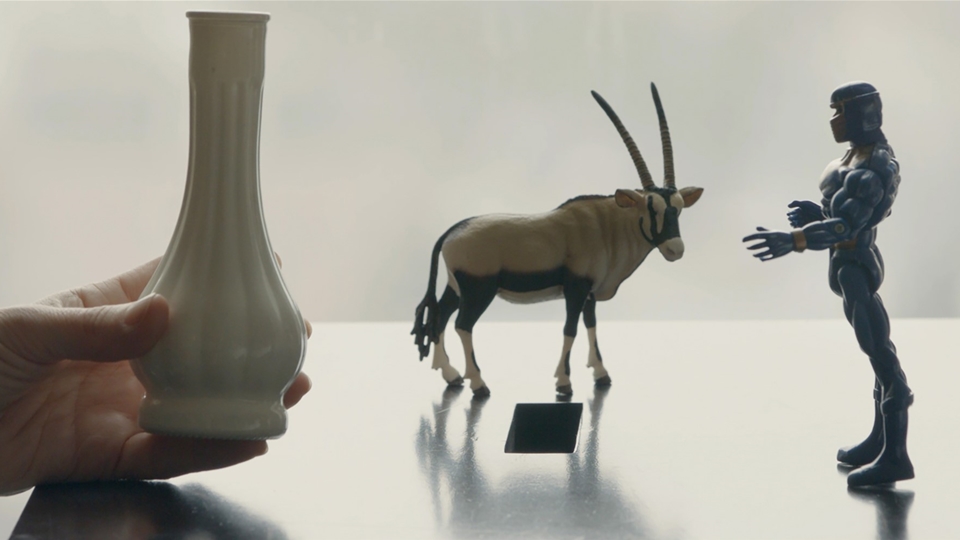 Alma, Besmir and Nenad were former interpreters for the Yugoslavia Tribunal (ICTY) in The Hague. All were raised within the Balkans and therefore all three were very familiar with the history of the war conducted in the region in the 1990s. Nevertheless, each was required to apply the same level of neutrality and detachment to the evidence and testimonies they were asked to interpret, whether it be from victims or those suspected or accused of perpetrating war crimes.

The only way they can perform their task with professional rigour and impartiality is to apply an even greater layer of detachment and undergo a process of personal  “dehumanization” whereby they identify with their tools of the trade, such as their telephone or the microphone into which they speak, or the interpretation booth in which all the interpreters sit.

“If you describe yourself in these neutral, distant or dehumanized terms, it has a very big impact on how you are able to work,” says director Bots.

“They have to interpret, they have to give a voice and have to even interpret emotions and bring them across very specifically,” Bots continues. “And at the same time, they are not allowed to feel those emotions or act out these emotions while everything goes through their bodies. There are extreme contradictions within this position which to me is fascinating.”

The interpreters must be physically present but emotionally absent, and ready to record but not to judge. That is the task of the person presiding over proceedings.

Nevertheless each of the interpreters has undergone their own inner turmoil. One could imagine that they are collateral damage resulting from a legal process that is looking to right the wrongs of the past. Bots sees it differently however. “I actually see them as the quiet, hidden, unnoticed heroes! Yes, they are very much impacted by what they heard and saw, but they always stayed neutral and professional and are in that sense not victims of the process,” the director observes.

That said, Alma is still haunted by the testimony of a grieving woman who asks of her child, “those little hands of his, how could they be dead?” and who can no longer bear to watch children go to school hand in hand with their fathers, such is the pain she still bears. Had Besmir been born 20km to the right on the map he assesses, he would be one of the dead. Likewise, Alma observes how, had she encountered 15 years ago the person whose evidence she was now interpreting, “I would have been a victim for sure.”

“I tried to understand what does this position mean,” says director Bots. “What does it mean when you are not allowed to show the things you feel, especially when you went through some of these things yourself. It is even another layer that they have experienced the war in the former Yugoslavia themselves. So the film also touches upon their own experiences or things that come to the surface when they listen to and interpret the victims’ narratives.”

That said, Bots was not looking to relieve the interpreters of an emotional or psychological burden, she says, rather offer them a space to express what had hitherto gone unexpressed, and for them to be the “owners of their own narratives.”

“I did not give them release. I did not remove a weight off their shoulders. I offered a space and it is enough, I think, as a filmmaker if I can do that,” she adds.

Towards the end of the film, Besmir tells of an epiphanic dream in which he imagined assailants banging at his door. The dream was interpreted by his grandmother as a sign that his continuing dedication to his work was not only justified but essential, leading him to observe with renewed vigour, “If there are angels watching, or the ghosts of dead people, well you know what guys, you can count on me.”