While Cannes is nearing its end, we have another French film festival coming up right after that. FIDMarseille, which takes place between July 19th and 25th, has selected four Dutch (co-)productions to be screened at the event. Three shorts will have their premieres. See NL takes a look at the line-up. 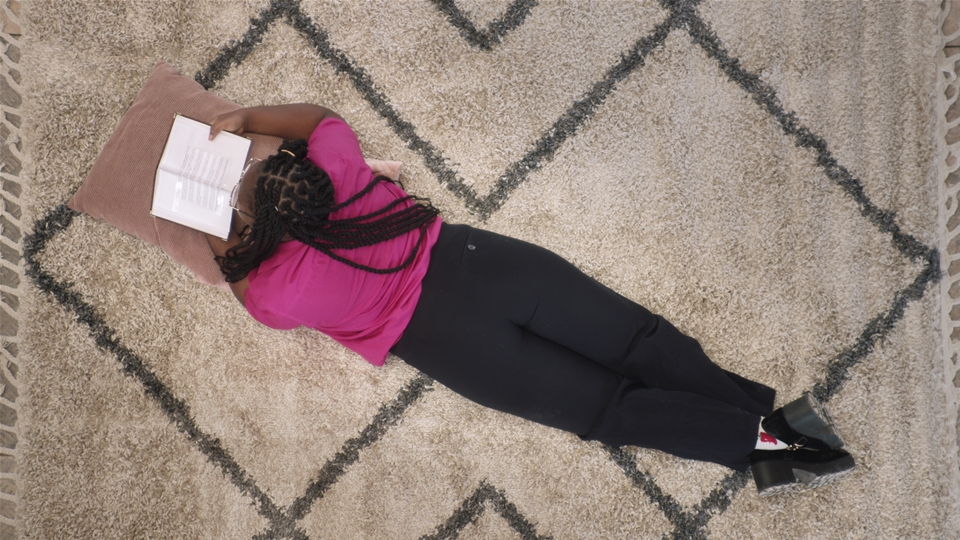 Hier. by Wendelien van Oldenborgh, is selected for no less than three competitions: the International, Flash, and CNAP & First Film Competitions. The film has its world premiere at the festival. In Museum Arnhem, we meet a cast of young women who express themselves through music, poetry and dialogue. Together they sensitively explore themes such as hybridity, trans-nationality and diasporic sensitivities: in the midst of persistent reverberations of colonial history in contemporary society. Sales is handled by LUX Distribution.

Also in the Flash competition, Janis Rafa's minority co-production Lacerate has its international premiere. Inspired by the iconography of biblical paintings and Flemish still-lifes, Lacerate reflects on the subject of domestic and gender violence by portraying the extreme decision of a woman who turns from victim into executioner. The work was commissioned and produced by Fondazione In Between Art Film. The short is funded by the Mondriaan Fund.

Flash is a new competition initiated this year at FID, which will show films that are dazzling and cinematic proposals, regardless of their brief duration. This competition is transversal to all the other competitions. Two prizes will be awarded for this competition, including the Alice Guy Prize, which awards the best female director.

A Defense directed and produced by Aylin Kuryel has also its world premiere in Marseille. Screening out of competition, labeled as Other Gems by FID, it also has its world premiere at the event. In 2015 thousands of academics signed a petition against state violence in the Kurdish region of Turkey. Academics for Peace were put on trial with the charge of terrorist propaganda. A Defense portrays one of these academics while preparing for her appearance in court in 2019.

Looking For Horses in DocAlliance Programme

Feature length documentary Looking For Horses* by Stefan Pavlovic, screens as part of the DocAlliance Programme. The film had its world premiere at Nyon Visions du Réel earlier this year. Looking For Horses is a film about the friendship between the filmmaker and a fisherman. One lost his mother-tongue because of a stutter, the other lost his hearing during the Bosnian civil war. They look for ways to communicate, while the camera mediates their growing bond. It is produced by ArtTrace and sales is handled by Lightdox.

DocAlliance is a collaboration between seven European festivals: CPH:DOX, Doclisboa, Dok Leipzig, IDFF Jihlava, Visions Du Réel Nyon and FIDMarseille. Its main objective is to promote festival director's diversity through programming a selection of films in each festival.