On a trip to the Balkans, Amsterdam-based filmmaker Stefan Pavlovic encountered a local fisherman, Zdravko, by a lake. Their friendship would become the nucleus of his first feature film Looking for Horses, which will have its world premiere in the Burning Lights competition in Visions du Reel. 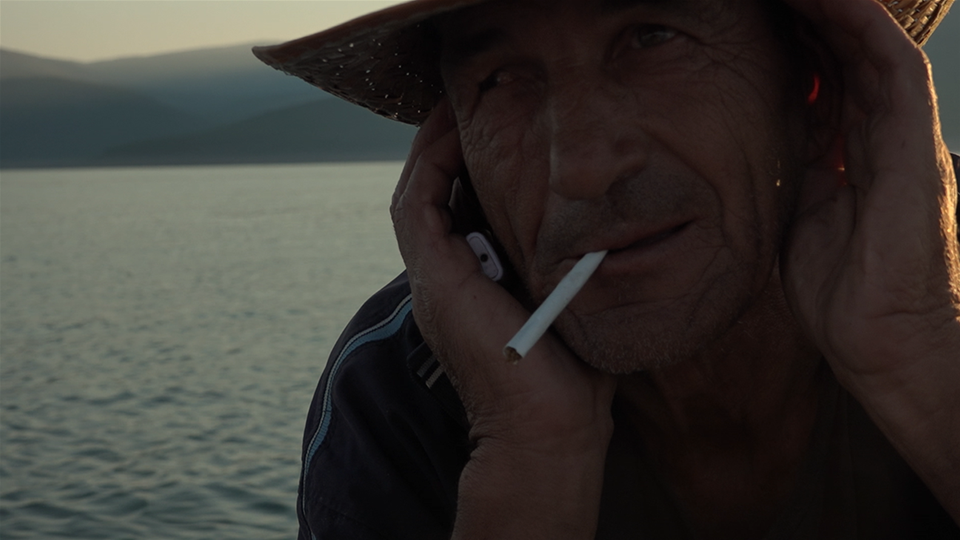 Their first meeting happened by chance. Pavlovic and his grandmother visited his mother, who had started an artist residency by the lake (KAMEN artist-residency), located in southern Bosnia, close to the Montenegrin and Croatian border.

“My grandmother fell down and twisted her ankle,” says Pavlovic. “Zdravko called me over and said that there’s a little fluorescent fish in the lake that helps against swelling. This was the first time we went out onto the water together.

Pavlovic was struck by the fisherman’s “generosity and warmth” and the two men slowly became friends as Zdravko started to share his story with Stefan. He had lost both his hearing and an eye in the civil war during the 90’s. In order to keep his sanity, he retreated from the world and had been living for the last 18 years, by himself, on an island on the lake.

“I was really moved by the contrast of his traumatic life versus his warmth and kindness,” Pavlovic suggests. “Getting to know him over the years, I was touched that even though I was not able to speak the language and him not hearing so well, and despite all our differences, we could sit together, spend time together and pay attention to each other.”

The film reveals the close and developing bond between the filmmaker and the fisherman.

The director’s family is from Bosnia. His parents moved to the Netherlands in the late 70’s, and Stefan was born and raised there. The family briefly moved to Canada where Stefan was exposed to four languages: English, French, Dutch and Serbo-Croatian. He developed a stutter and lost the mastery of these languages. As a young adult Stefan moved to the United States to study filmmaking.

“Through our friendship I could think about these things differently than I did before; about my history and my loss of language. Our friendship opened up a pathway for some sort of reflection.”

The director shot Looking for Horses entirely on his own, doing sound and image (“with a little camera on a tripod and stereo microphone on the camera”). He was working on a very small budget. He worked on the edit with Sabine Groenewegen and the sound design was done with Amsterdam-based sound designer Ranko Paukovic.

The film is produced by Stichting artTrace in Utrecht. The Netherlands Film Fund provided support towards the finishing of the project. Production company Momento Films from France is now working towards the international distribution of the film.

“This film is one of the outcomes of a larger research that I’m doing,” Pavlovic ends. “I am not currently in production of the next film, but as I continue to research similar topics and themes I’m sure the next outcome will be triggered soon.”