Minority co-producer Joram Willink of Dutch production company BIND talks to See NL about his involvement on the Myanmar-located documentary about a couple running a very much hands-on, unregulated oil field and their son - whose dreams lie elsewhere. The film is a part of Locarno's Semaine De La Critique. 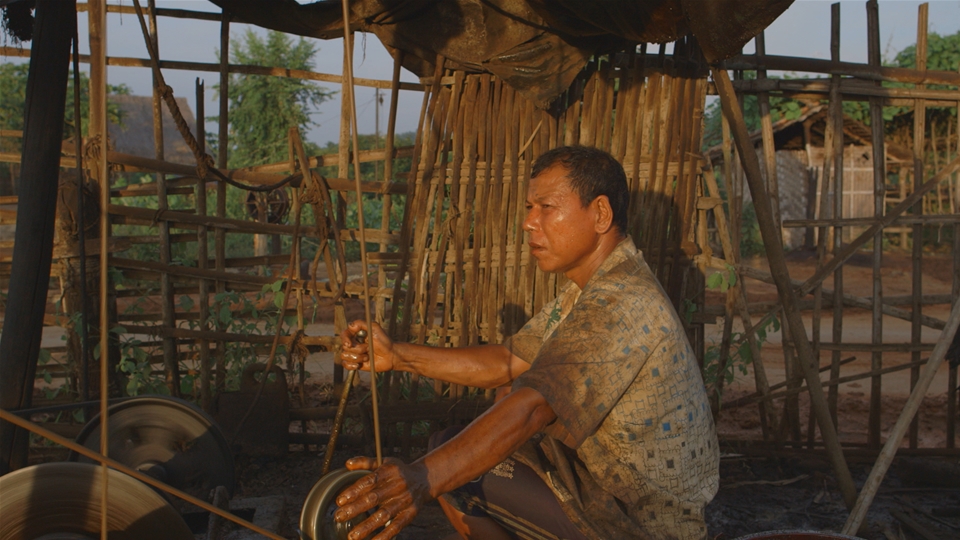 When BIND MD Joram Willink met Estelle Robin You of French production house Les films du Balibari at EAVE 2016, the pair hit it off immediately. Back then Balibari were at early stage development on Saeed Taji Farouky’s A Thousand Fires, a project that Willink liked a lot, even if he was not then sure how he could get involved as a co-producer.

“I was very impressed by their [Balibari’s] way of working and their track record in cinematic documentaries,” says Willink. “And I was impressed by the director as well. He is a very smart and witty guy. So on the whole sort of personal level I knew that I very much would like to work with them.”

The story that Farouky wanted to tell was of a Myanmar husband and wife working hand to mouth producing a barrel of oil every few days in an unregulated oil field. It portrays a family in flux, and tells a story of intergenerational conflict and compromise. It is a film of transient moments, of hopes and aspirations, of faith in the forces of karma and luck. It is the record of a place, a community, and the rhythms of the day to day, a story of lingering memories and a turbulent past.

Willink points out that BIND is a company dedicated to making “socially engaged” films and it therefore seemed logical to create an in-house documentary division. What is more, Willink stresses, this endeavour would benefit from collaboration with Balibari, a company very much “on top of it.”

The Dutch producer was unsuccessful in his first attempt to access Netherlands Film Fund support but got the thumbs-up after his second attempt in 2020. By this time, the project’s international credentials were truly underlined with a Palestinian/British director (in possession of both a Jordanian and a British passport), a French majority producer, Swiss and Palestinian co-producers and a dramatic story set in Myanmar. What’s more Willink was able to cite a close 4-year working relationship with director Farouky, who could boast double-win status at Berlinale with Tell Spring Not to Come This Year (Amnesty International Film Prize and Panorama Audience Award). The project also received financial support from Netherlands broadcaster KRO-NCRV.

The Dutch contribution to the co-pro included the crucial visual realisation of a piece of Myanmar mythology, based on the local belief in a huge snake/dragon that lives underground.

The director initially wanted to visualize this dragon in situ in Myanmar, says Willink, but the ongoing war determined that this would not be possible. “So we went to a studio in Amsterdam, made a special basin, and then we brought in a large snake and we shot very macro close-ups of it, which are used in the film to establish the dragon,” he points out. The camera was operated by Netherlands DP Sal Kroonenberg. Additional Dutch input on the documentary included colour grading and poster design.

Aeolus by Alex Pitstra is selected for IDFAcademy 2020 and is now being workshopped at IDFA project space 2021. The project’s development is supported by the Lock Doc of the Netherlands Film Fund. In the documentary Pitstra investigates the triangular relationship between man, nature and technology on a Dutch wind farm installation ship.

The Manager by Maartje Bakers was selected for the EURODOC workshop programme and is supported by the Netherlands Film Fund. It is described as an intimate film that observes how the classic power relationship between managers and their staff leads to mutual frustration and counterproductive relationships in the modern workplace.

Another Lock Doc-supported project is The Winning Generation by Marco de Stefanis. In the film, for almost 100 years the Harutyunyan family has been fighting for the independence and integrity of Armenia. When Shahen is 14, his father Shant is arrested so Shahen decides to carry on with the family mission. Now at 21 he starts would like to write a different path for himself. But war stands in his way…